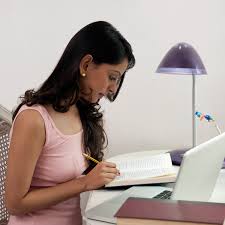 Let’s first take a look at France and the UK:

In 2016 more than 60% of French children were born out of wedlock, and this number is growing. This is a significant evidence of the public duty to take into consideration the cultural shift.

There are two forms of unmarried cohabitation:

Unmarried couples in the UK

According to the UK Office for National Statistics, there were 3.3 million of cohabiting families in 2016.

The UK follows more or less the same pattern: there is civil partnership and cohabitation, which is also called “common law marriage”. Cohabitation may be with a written contract or without.

The very fact of living together entitles the couple to be assessed jointly for the tax purposes and to claim income support. In a case of separation, the unmarried cohabitee with minor children will have the right to remain in the house owned by the former cohabitation partner.

Even if you do not have children, you will have a possibility to prove "beneficial interest" in the house. In other words, if you were making contributions to the home formally owned by the former partner, or if you prove that you were considered as one who would get a share in a case of selling the house, then you may get the right to continue living in the same house for a certain period even after separation. In this case the court enters an occupation order.

In Scotland, the recognition of civil partnerships is even stronger with precedents that even unregistered as married, the unions were recognized as families “by repute and habit” with respective separation and division of common property rights.

Civil partnerships in the United Kingdom, granted under the Civil Partnership Act 2004, allow same-sex couples to obtain essentially the same rights and responsibilities as civil marriage. Civil partners are entitled to the same property rights as married opposite-sex couples, the same exemption as married couples on inheritance tax, social security and pension benefits, and also the ability to get parental responsibility for a partner's children, as well as responsibility for reasonable maintenance of one's partner and their children, tenancy rights, full life insurance recognition, next of kin rights in hospitals, and others. There is a formal process for dissolving partnerships akin to divorce.

This can be explained by the strong gay lobby: same-sex partners, unlike separated female civil partners, by dedicating their time and finances are determined to fight for justice.